Home Uncategorised The importance of Melatonin

The importance of Melatonin

One of the hormones you will learn about on a hypnobirthing course is melatonin. The question is- how does this impacts birth?

The Importance of Sensory Quiet

by Gloria Lemay from #MidwiferyToday 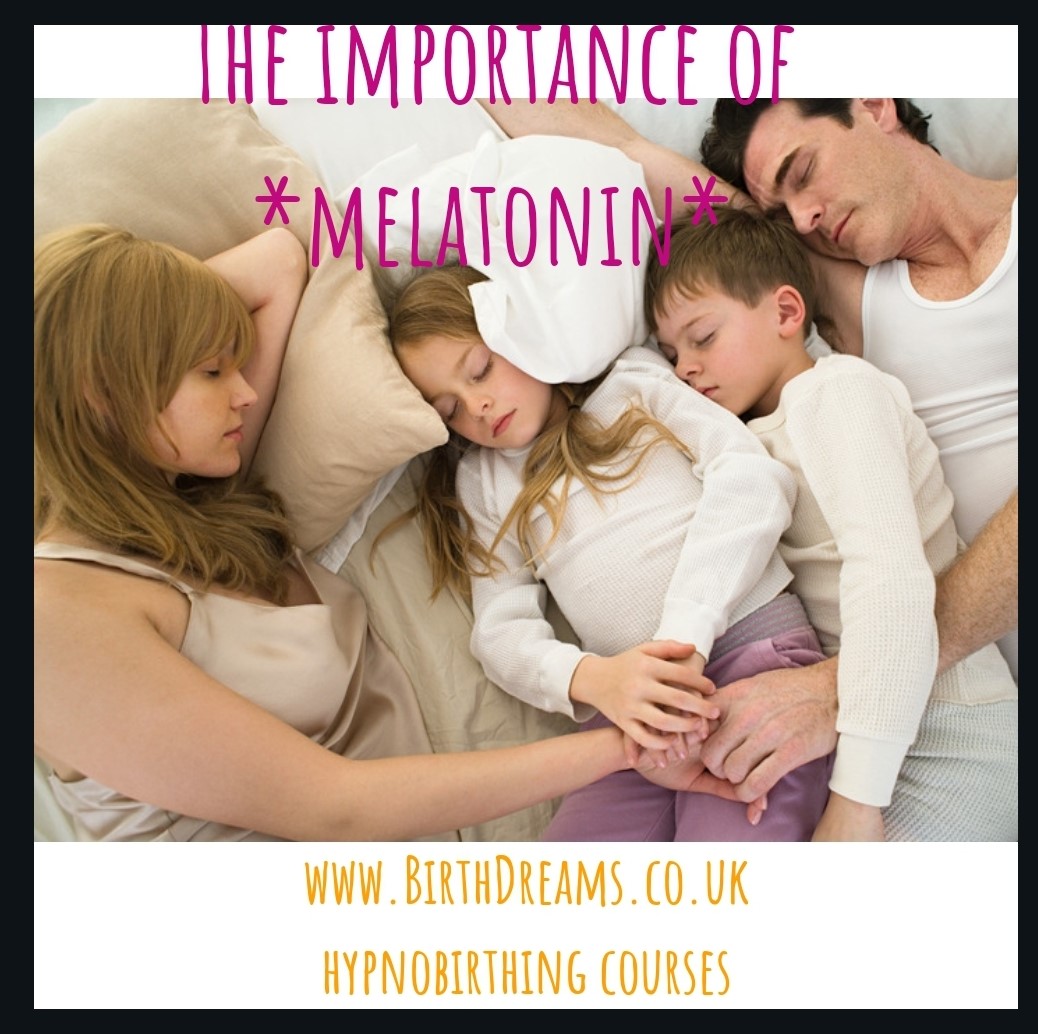 “Many births begin in the night. A woman will get up to pee, feel her membranes release and an hour later begin having sensations 15 minutes apart. Because we think of birth as a family experience, most women will wake their husbands to tell them something’s starting… they start organizing the birth supplies, filling up the water tub, etc. I have seen so many births that take days of prodromal (under 3 cm. dilation) sensations and they usually begin this way. The couple distracts themselves in the early critical time when the pituitary gland is beginning to put out oxytocin to dilate the cervix. TURNING ON THE LIGHT CAUSES INHIBITION OF THE OXYTOCIN RELEASE..
..Many couples don’t call their midwife until the sensations are coming five minutes apart, but they’ve been up since midnight timing every one of the early sensations. If the woman had called the midwife at midnight, she would have said, “Turn off the light and let your husband sleep as much as possible through the night. Stay dark and quiet. It’s still very early. Take a bath with a candle if it helps, but the most important thing is to get some rest. Call me back when you think I should come over.”
That first night can make all the difference and yet so many couples act like it’s a party and don’t realize they are sabotaging their births right at the beginning. Staying up all night in the early part does two things: 1) throws off the body clock, which controls sleep and waking, confusing the brain [#melatonin] 2) inhibits the release of the very hormone women need to dilate, #oxytocin.
When women begin to have sensations, I urge them to ignore it for as long as possible and not tell anyone.. I tell them to have a “secret sensation time” with their unborn baby and get in as dark a place as they can. Minimize what is happening with husband, family and birth attendants. I explain that they do have a say over their hormone activity and CAN HELP THE PITUITARY GLAND SECRETE OXYTOCIN TO OPEN THE CERVIX BY BEING IN A DARK, QUIET ROOM WITH EYES CLOSED.”

Learn more about hormones and labour with #hypnobirthing @ www.BirthDreams.co.uk

Mum of 4, midwife, hypnobirthing teacher
View all posts by deb →